A re-imagining of the iconic Journey song 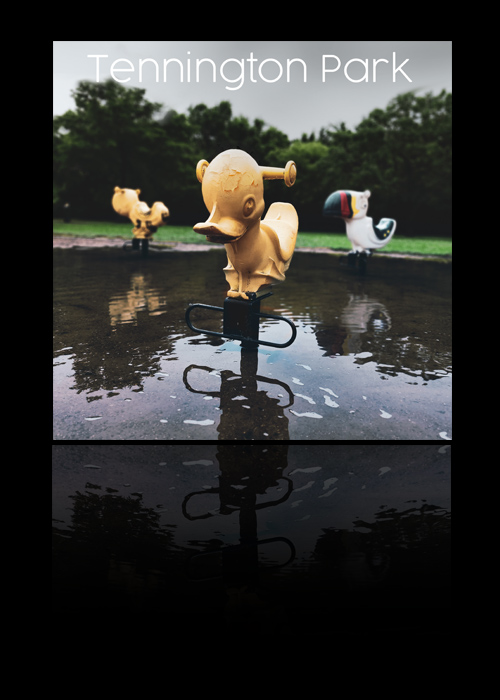 Download or stream our version of Journey’s Open Arms featuring Rhett.
Follow us on Spotify to get notified about upcoming releases. More music from Tennington Park coming soon!
https://open.spotify.com/track/6xLPyh5rNSqrWIsTjM9jLG

Open Arms features RHETT on lead vocals.  Pairing the soul-stirring passion of classic R&B greats with the sleek, exhilarating swagger of contemporary chart-toppers, rising star singer RHETT is the true definition of timeless talent. He’s a rare combination of movie star good looks and boy-next-door charm, down-home Texas roots, and cosmopolitan elegance, all of which shine through in his stunning vocal stylings.

John Zaika brought in on guitar the amazing Tony Pulizzi. Within a year after relocating to Los Angeles, Tony Pulizzi Music quickly made his impact on the west coast and became the house guitarist on American Idol. He parlayed that gig into numerous appearances on The Voice, BET Awards, and other TV network award shows, as well as contributing his guitar magic on various movie soundtracks.
From working with the likes of Stevie Wonder, Tito Jackson, Steven Tyler, Smokey Robinson, Natalie Cole, Dave Koz, Dionne Warwick, George Benson, and Snoop Dogg to name a few, Tony loves to mash musical genres into many different exciting live performances.

Since moving to Los Angeles in 1985, Joel Taylor has been in demand as one of the most versatile drummers currently in the L.A. studio and touring scene. He has toured and recorded with a diversity of artists that span the whole stylistic spectrum of the music world, such as Allan Holdsworth Music, Rick Springfield, Bobby Kimball (Toto), Banned From Utopia (Zappa Alumni Band). Joel is on the shortlist of drummers for legendary producers David Foster and Peter Wolf. He has performed on numerous film, tv, and video game soundtracks and is also featured 100+ drum tracks for the award-winning, multi-platinum, Guitar Hero and Rock Band video games.
Hear Joel on our cover of Journey’s Open Arms where he took the iconic song and switched the time signature.

Born in Brooklyn, NY, Mitchel Forman began playing piano at age 7. After graduating from the Manhattan School of Music, Mitchel began touring with some of the giants of jazz, such as Gerry Mulligan, Stan Getz, John McLaughlin, and Wayne Shorter. He also was a top NY session musician on piano and keyboards for many years. He has recorded 14 albums as a leader and played on countless others as a co-leader and sideman. His jazz compositions have been recorded by Pat Metheny, Gary Burton, and many others. He currently writes for CBS television and is working on large orchestral work. “The music and talent of Mitchel Forman does not transcend boundaries, it shatters them.” Critical Jazz.com
Brent Black

Michael Haddad hails from Peekskill, NY. and was born into a musical family (being part of the lineage of Enrico Caruso, the most admired Italian operatic tenor of the early 20th century). He started playing piano at 6 years of age under the guidance of his uncle, NY session/Broadway guitarist Mike Caruso (who played on Walter Murphy’s disco production of “Fifth of Beethoven”). After high school, Haddad majored in music Studio Composition at State University on NY at Purchase. He relocated to Los Angeles in 1994 at 20 years old and quickly started collaborating as a keyboardist and songwriter with fellow musicians. In 1996, Haddad produced famed session singer, Warren Wiebe on multiple original songs which led him to a recurring interaction with producer David Foster in the late 90s. He has played keys on stage with recording artists such as Five for Fighting (John Ondrasik) and Keith England (Allman Brothers) to name a few.
More recently, Haddad has had original compositions licensed internationally in film and television as well as developed collaborative relationships with producers, musicians and publishers around the world. On the Spain-based label, Contante and Sonante, his songs have been recorded by Randy Goodrum/Bruce Gaitsch, Wendy Moten/Warren Wiebe and Tomi Malm (including Tomi’s title cut from his latest release, “Coming Home” which featured Haddad on lead vocals along with Steve Lukather on guitar, Joel Taylor on drums and Jimmy Haslip on bass).

Subscribe to find the latest on John Zaika projects